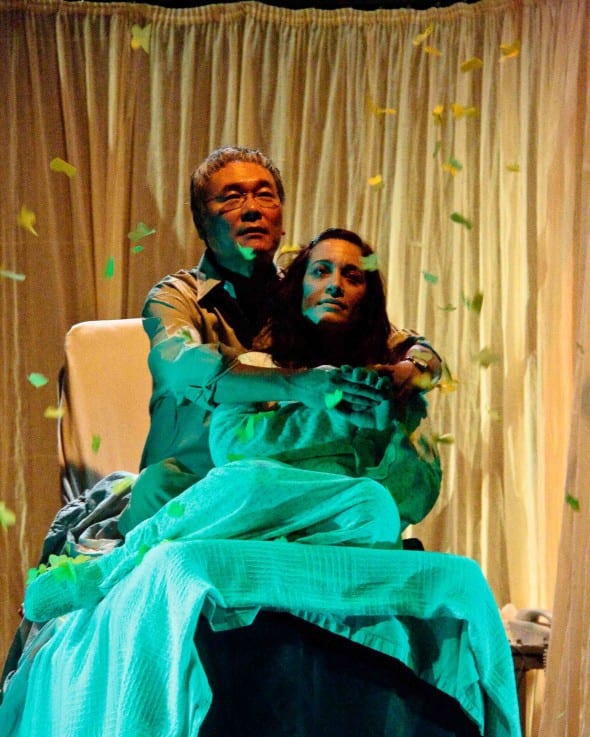 Called “The tiny Silver Lake theatre with an enviable reputation,” Moving Arts is dedicated to the production of original works.  Founded by Lee Wochner and Julie Briggs in 1992, Moving Arts has produced many world, national, West Coast and Los Angeles premieres.  Moving Arts began as a 22-seat venue in the Silver Lake area and quickly grew to become a resident artist company that includes actors, directors, producers, designers and playwrights.

Since 1992, Moving Arts has continuously produced adventurous new plays in a variety of venues across Los Angeles, ranging from traditional theatres such as [Inside] the Ford in Hollywood and the Los Angeles Theatre Center, downtown to nontraditional spaces such as the Natural History Museum and the parking lot across from Disney Hall, showing a remarkable versatility and commitment to the craft of theatre.

“Critics and adventurous playgoers have acclaimed them for producing new plays which offer something special in a black-box theatrical environment.”
–Los Angeles Times

“…Why we should stop watching sitcoms and go to the theatre more often.”
–Back Stage West

“Moving Arts has been consistently garnering attention and acclaim for its steadfast loyalty to original works.”
–DramaLogue

“Moving Arts is an exhilarating, enriched welcoming for offbeat, unusual new plays which otherwise may not be produced.”
–Talent Magazine