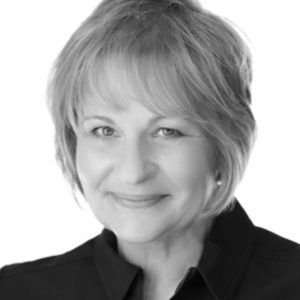 ALEXIS GENYA. Most recently, Alexis was part of Moving Arts’ “Theater at the Museum” at LACMA, “Tainted Love” and MADLab 2019. She portrayed NASA/Apollo scientist, Margaret Hamilton in “Go/No Go” at the Columbia Space Center, in Downey, on the 50th Anniversary of the Apollo moon landing. As a Guest Artist at Tulane University, along with teaching, roles included were: Queen Margaret, Richard the III, Beatrice, View from the Bridge, and Mrs. Prentice, What the Butler Saw. While in New York, she collaborated often with Obie winner, David Greenspan, premiering Dig a Hole and Bury You Father and Principia, at HOME. Her Los Angeles premiere garnered her an LA Weekly acting award for Me and We, written for her, and directed by Michael Patrick King. TV work includes: Masters of Sex, Unforgettable and the SEAL Team pilot. As a theater producer she was twice invited to HBO’s Aspen Comedy Festival, and as a writer, Ms Genya is credited with telelplays for “The Practice” and “Without a Trace.” One of her proudest credits is working with video artist, Bill Viola in casting his piece, The Quinet of Remembrance, the only video that is part of the permanent collection of the Metropolitan Museum of Art. She is also a member of Chalk Rep. Other Los Angeles theaters and sites where she has performed: The Groundlings, Couerage Theatre, Inkwell Theater, The Clark Library, and St. John’s Cathedral. She holds an MFA from the University of Washington-PATP, and a BS from Marquette University. Born in the UK and raised in Milwaukee, Alexis is very proud to be a new member of the Moving Arts family.