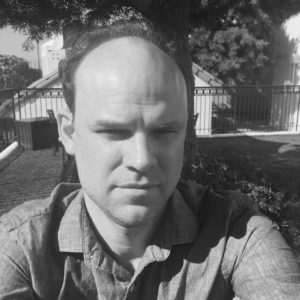 APOCALYPSE PLAY (developed as THIS QUINTESSENCE OF DUST)

Cory is a Los Angeles based playwright who has been the recipient of the McKnight Advancement Grant, two Jerome fellowships, a MAP Fund Grant and a Jerome Travel and Study Grant. He was the recipient of the Heideman Award for his play This Quintessence of Dust and a recipient of the Humanitas Play LA Award. His recent plays include The End of Beauty (premiere at Playwrights’ Arena, LA Times Critics’ Choice); Apocalypse Play (premiere at Moving Arts, Stage Raw Top Ten, LA Time Critics Choice); Uncovered Cities (developed with Circle X and Humanitas); Golden (commissioned by Actors Theatre of Louisville, workshopped with Chalk Rep) and The Killing of Michael X (produced at Jackalope Theatre in Chicago).

He has written two musicals: The Hurricane (developed at the Theatre @ Boston Court and Nautilus Music-Theatre) and Clandestino (workshopped at Sundance Theatre Lab and New York Theatre Workshop). His other work has been produced or developed at the Bay Area Playwrights Festival, Cape Cod Theatre Project, Workhaus Collective, Rattlestick, Salvage Vanguard, Red Eye Collective, the Southern Theatre, and in residence at the Hermitage Artist Retreat, Space on Ryder Farm and the MacDowell Colony. He is currently in the Skylab at the Skylight Theatre and a member of the Writer’s Group at the Road Theatre. He was a co-writer of That High Lonesome Sound and Fissures (lost and found) both of which premiered at the Humana Festival. He is an affiliated writer at the Playwrights’ Center, and he earned his MFA in Playwriting from Brown University where he studied with Paula Vogel.