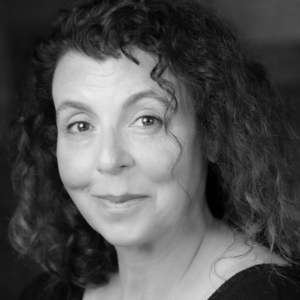 DANA SCHWARTZ is a Los Angeles writer, director, producer and actress. Her award-winning play Early Birds had its World Premiere at Moving Arts in 2019, and is published by Next Stage Press . @Playaz was a 2019 O’Neill Finalist. Perspective enjoyed its World Premiere at Theater at the Museum at LACMA.   The PTA and That Time She Proposed were in several productions of the internationally renowned Car Plays, notably at REDcat LA, Disney Hall, Segerstrom Arts, and Costa Mesa. Undead will be produced at Theater Roulette in Cleveland in 2021, and O My Days is published by Montag Press.  She is co-creator, writer and appearing in the new site-specific Zoom series Isolation Inn, currently airing online.  As a director, Dana has worked with many theaters including Moving Arts, Sacred Fools, Offending Shadows, Actors Theater NoHo, Victory and Lyric. As an actor, she trained in New York at AADA and HB Studios, and has appeared in productions all over the world.  She is the co-creator and Producer of Theater at the Museum at LACMA, and is currently the Producer of the MADlab New Play Development Program at Moving Arts, where she is a company member.