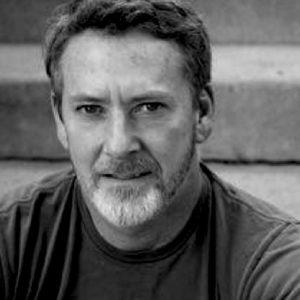 As an actor, David has guest starred in over 30 successful television series with recurring roles on Chicago Hope, The Days of Our Lives, Beverly Hills 90210, The Adventures of Brisco County Jr, and The Young and the Restless. He is best remembered for his appearance on Criminal Minds, one of the highest rated episodes of the series. Other highlights include Southland, Torchwood, Without a Trace and Star Trek: Enterprise. In Los Angeles he portrayed Uncle Peck in How I Learned to Drive by Paula Vogel at The Production Company and was a part of The Car Plays for Moving Arts at RedCat, Segerstrom Arts Center and La Jolla Playhouse. Most recently, David performed in Paul Coates, The End of It, at the Los Angeles historic Matrix Theatre. The Neighbor (opposite Matthew Modine); Bloodhounds of Broadway; The Debtors with Michael Caine; and other film work, David is best remembered for The Broken Hearts Club directed by Greg Berlanti. As a producer, David Youse founded Four Things Productions to bring awareness and funds to various non-profit organizations through the art of theater. His premiere piece, a celebrity driven staged reading of Larry Kramer’s The Normal Heart, directed by Academy Award winner Joel Grey, was the inspiration for the 2010 Broadway revival. Other productions include Charles Busch as Katharine Hepburn in Matthew Lombardo’s Tea at Five and Robert Harling’s Steel Magnolias, directed by Judith Ivey. These productions have raised thousands of dollars for charities including The Ali Forney Center, The Goodman Special Care Clinic, The Juvenile Diabetes Research Foundation and The Los Angeles Gay and Lesbian Center. Steel Magnolias will have a full production at The Alliance Theatre in the fall of 2014 and revived on Broadway in 2015, produced by David.