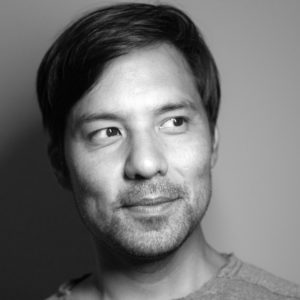 Eric Reyes Loo is a native Los Angeles playwright and TV writer. He’s a part of Chalk Repertory Theatre’s Artistic Circle and runs their writers group. His play Death and Cockroaches had a successful run in November 2018, produced by Chalk Rep. He wrote and developed another play, This is Only a Test in Moving Arts’ MADLabs in 2015 and his plays have been developed at other local theatres such as Celebration Theatre, Rogue Machine, The Blank, and Playwrights Arena. He currently writes for the upcoming Netflix series A.J. & the Queen and previously wrote on the AwesomenessTV/Hulu series Guidance for two seasons. He got his MFA in Dramatic Writing at Tisch and is a member of the Writers Guild of America.