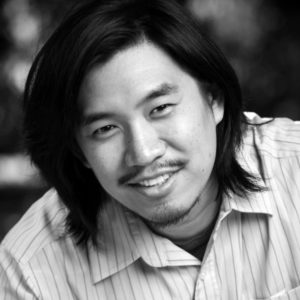 Howard Ho is a playwright, composer, and Ovation Award-nominated sound designer based in Los Angeles. His play Various Emporia was a 2017 O’Neill National Playwrights Finalist. His short musical End Of The Line was in The Samuel French Off Off Broadway Short Play Festival and in Theatre Now New York’s Soundbites 5.0. His musical Pretendo was performed in the Center Theatre Group (CTG) Library Reading Series. In addition, he was a 2016 CTG Literary Fellow and a 2013 NY State Summer Writers Institute Scholarship recipient. His short plays have been produced at Company of Angels, and his work has been developed with East West Players, Playwrights’ Arena, Company of Angels, Kaya Press, New Musicals Inc., Playground-LA, Santa Monica Playhouse, Here and Now, and The Vagrancy. A concert of his music was recently featured in Compose LA, a City of Los Angeles concert series highlighting current Los Angeles composers. He has earned two Ovation Award nominations for Sound Design and has been Sound Designer at Center Theatre Group, TheatreWorks Silicon Valley, Playwrights’ Arena, and East West Players among many other theaters. His articles about theatre have been published at HowlRound and the Los Angeles Times. He studied Musicology and Communications at UCLA and received his Master of Professional Writing from the University of Southern California, where he was Stage and Screen Editor of the Southern California Review. His popular Youtube video series analyzing the music of Hamilton (youtube.com/HowardHoMusic) have been recognized on Twitter by Lin-Manuel Miranda and have garnered millions of views collectively. He is a member of the Dramatist Guild. Find out more about Howard here: https://howardhomusic.com/index.html