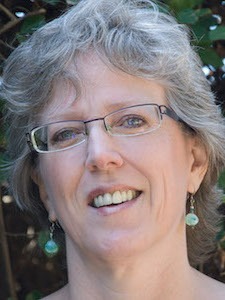 Jennie Webb is an independent Los Angeles playwright, currently in residence at Rogue Machine (where her dark retail comedy “Yard Sale Signs” premiered) and Theatricum Botanicum (where she runs workshops and “Botanicum Seedlings: A Development Series for Playwrights”). Her plays, including “Currency,” “Remodeling Plans,” “Unclaimed Assets,” “GreenHouse,” “On Tuesday,” “It’s Not About Race,” and “Buying a House,” have been produced in LA (most recently at Inkwell Theater, Santa Monica Rep, Green Light Productions and Theatre of NOTE,), on stages across the country and at the Edinburgh Fringe Festival. Her work is published by Heinemann Press, ICWP and Indie Theatre Now. She is currently a member of the Playwrights Union, EST/LA’s Playwrights Unit and PlayGround-LA writer’s pool. She is also on the Artistic Committee for the Blank Theatre’s Living Room Series, and was recently honored with an invitation to the 2017 National Winter Playwrights Retreat in Creede, Colorado. Jennie is the recipient of a Women in Theatre Red Carpet Award, and co-founded and acts as editor-at-large for the Los Angeles Female Playwrights Initiative (LA FPI).