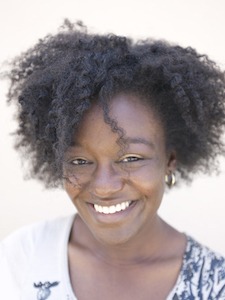 She’s been a New York Foundation for the Arts Screenwriting/Playwriting Fellow, a New York Theatre Workshop Emerging Artists Fellow and an alumna of Ensemble Studio Theatre’s Youngblood Collective. She has received EST/Alfred P. Sloan Foundation commissions, is an Affiliate Artist at New Georges Theater in New York and a member of the LA-based Playwrights Union. She received her MA in Writing for Performance at University of London — Goldsmiths College.

Jihan is also an essayist and TV writer. Her essays have appeared in Jezebel, Hello Giggles and Esquire. She was the Writers’ Assistant on Alan Ball’s Here and Now (HBO) and has been a Staff Writer on Aim High (AMC) and Barry Jenkins’ upcoming TV adaptation of The Underground Railroad (Amazon).