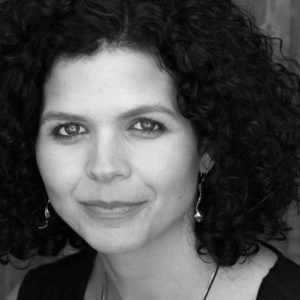 Kim Glann has been a Moving Arts company member since 2000 and served as Artistic Director from 2002-2005. Over the past 20 years, she has produced, directed and acted in numerous productions. Notable producing credits include The Car Plays (La Jolla Playhouse, Segerstrom Center for the Arts and RADAR L.A.), Song of Extinction (LA Weekly Award-winner for Best Production 2008), Ken Urban’s The Absence of Weather and David Johnston’s Busted Jesus Comix for Moving Arts; The Ghost Road Company’s The Bargain and the Butterfly (South Coast Repertory’s Studio Series); and The Mystery of Irma Vep (LA Weekly Award-nominee for Best Revival 2009). She has acted in and directed numerous productions with Moving Arts including The Car Plays, Trey Nichols’ The Meadows, and many plays for the Annual One-Act Play Festival. In 2016, she served as dramaturg for Ghost Road’s Asterion, which performed at The Getty Villa. She is currently working with Ghost Road on its latest project in development and starred in Pantofelnik’s Suitcase (Korczak Festival, Warsaw, Poland). Ms. Glann is the the Director of Marketing for the Ford Theatres in Hollywood.