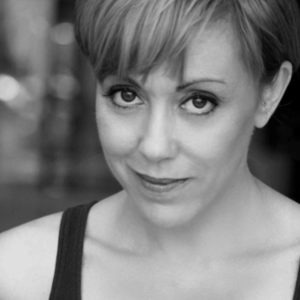 Laura Buckles began her acting career at age one, playing baby Jesus in her families nativity scene. Her improv career began moments later when Baby Jesus wandered off in search of cookies. Her search has taken her from Colorado to New York, Karachi, Toronto, London and now L.A. Since arriving in L.A., Laura has been lucky enough to star in two seasons of the internet sitcom, SITCOM, as well as perfecting her on screen nursing, waitressing and kooky best friend skills in TV shows such as Mad Men, Bad Judge, The Bold and the Beautiful, CSI: NY and General Hospital. Her film credits include Public Enemies, Dead in the Head, Are You Scared II and Breathe. Laura has been a member of Moving Arts for more years than she likes to admit, and has served as on the Moving Arts Steering Committee and as well as acting, directing and producing Moving Arts projects. Some of her favorite productions have been Light From the Sun (her first show at Moving Arts), Infinite Black Suitcase, Cornered and of course the many iterations of The Car Plays.