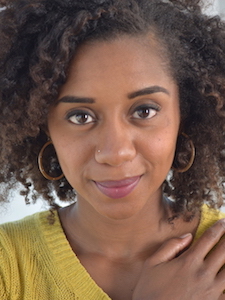 Makeda Declet is an LA-based playwright, producer and actress. She attended New York University where she received her BFA in theater, studying at The Experimental Theater Wing, The International Theater Wing in Amsterdam, and The Classical Studio. Her most recent plays include Sisters, Dem, Judith & The River Styx, and Nothin’ Left to Lose (loosely workshopped at The Michael Woolson Studio). She is the writer and producer of Just Makeda, an absurd semi-autobiographical web series about a world in which alter egos exist and manifest themselves as puppets. Makeda is a member of SAG/AFTRA and AEA.