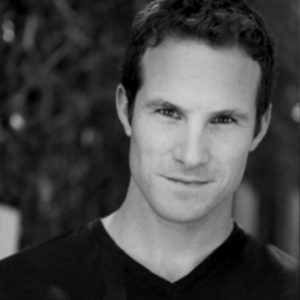 Michael is super excited and honored to be a part of Moving Arts! A recent graduate of the MFA acting program at UC San Diego, Michael grew up in Silver Spring, MD and graduated from Brown University with a degree in Biology, the result of the silly plan of wanting to be a doctor earlier in his life. After graduation, he moved to a ranch in Wyoming, where he built fences, stables, and roofs, and rode some valiant steeds. He then returned to Washington, DC, where he performed briefly before moving to San Diego. His regional credits include His Girl Friday and Moving Arts’ Car Plays: San Diego, La Jolla Playhouse; Julius Caesar and All’s Well That Ends Well, Shakespeare Theatre DC; The Torch-Bearers, Williamstown Theatre Festival; A Devil at Noon, Eugene O’Neill Theater Center; Solid Gold Cadillac and Superior Donuts (u/s), Studio Theatre DC; Stage Door, American Century Theater; and Rocky Horror Picture Show, Kensington Arts Theater. His UCSD credits include She Stoops to Conquer, Grapes of Wrath, In the Crowding Darkness, Tonight We Improvise, and Spring Awakening. He’s done readings at the Kennedy Center, the Theatre Lab/Woolly Mammoth Theatre, and the DC Shorts Film Festival. In addition to UCSD, he has trained at the Williamstown Theatre Festival, the Eugene O’Neill Theater Center in Connecticut, and the Studio Theatre Acting Conservatory in DC.