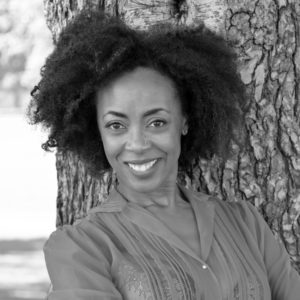 (As of Yet Untitled Play)

is an international writer/producer/educator. A member of Moving Arts MADLab, Circle X Emerging Playwrights Group, and Antaeus Playwrights Lab, she uses her voice to amplify women’s issues, social justice and love. Next up: The Fire In-Between, a radio play about LA’s 1933 Griffith Park fire for Antaeus Theatre Company’s The Zip Code Plays Season Three. Her plays For the Love of You, House Rules, The Build UP, Dick & Jayne Get a Life and one-woman show, Harlem’s Awakening: Storytelling Live have been produced in LA and Prague. A published novella author, she’s also recently directed a short film she co-wrote, Do Something, shot during the pandemic, social distanced, and entirely on iPhones. Learn more at penandpeppur.com where she tells stories of heroes, including her own.