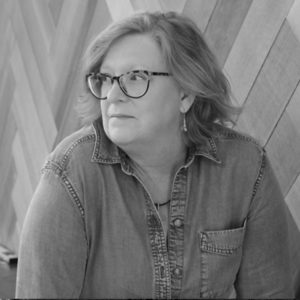 Playwright Tira Palmquist is known for plays that merge the personal, the political and the poetic. Her most produced play, Two Degrees, premiered at the Denver Center, and was subsequently produced by Tesseract Theater in St. Louis and Prime Productions at the Guthrie (among others). Her play The Way North was a Finalist for the O’Neill and an Honorable Mention for the 2019 Kilroys List, and was featured in the 2019 Ashland New Plays Festival.

Tira has completed two commissioned projects this past year: The Worth of Water premiered in NYC at the HERE Arts Center in Oct. 2019, and Safe Harbor premiered in Los Angeles in Nov. 2019 with Lower Depth Theater Ensemble. Tira has also been commissioned to write new work for the UC Irvine graduate acting students. Hold Steady was workshopped at UCI in January 2019, and All We Ever Wanted Was Everything, was workshopped in February 2020. Her other plays include Ten Mile Lake (Serenbe Playhouse), Age of Bees (NYU Stella Adler Studio, MadLab Theater, Tesseract), And Then They Fell (MadLab, Brimmer Street, New York Film Academy).