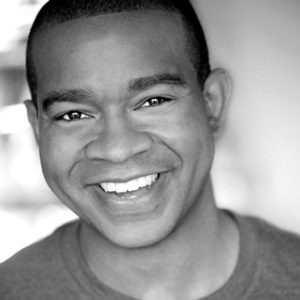 Tony performed in regional theatre in Tennessee before he completed training at the American Academy of Dramatic Arts where he was seen on stage as Othello and Treat from Lyle Kessler’s, Orphans among other roles. Since, he completed a very successful 5 month Los Angeles run of Moving Art’s original piece, Blood and Thunder as Quentin (for which he was nominated for an LA Weekly Award), followed by a special run of it at the Last Frontier Theatre Conference in Valdez, Alaska. After that, he took on the role as the Scottish king in Macbeezy, a Macbeth Hip-Hopera, at Knightsbridge Theatre.  He has also played the role of Banquo in a more traditional version of the play, and Scotty in the original stage horror series, What Happened in Mayville? Part 3 with the Loft Ensemble Theatre Company of which he is also a member. In addition to his stage work, Tony has appeared on the Trio Network in Pilot Season, and various independent film and video including a multi-year run on VOD of his movie, Bio-Dead (available on Amazon and Netflix).