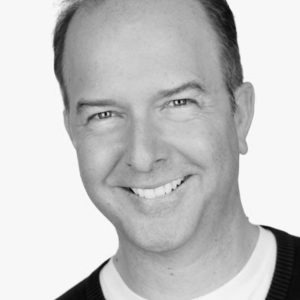 Trey has worked with numerous theatres in Los Angeles, the San Francisco Bay Area, and Chicago. His critically acclaimed solo play, A Lesson In Proper Bow-Fluffing Technique (Moving Arts/Storey Productions), earned a 2005 Ovation nomination for Best Solo Performance.  Plays produced or workshopped in Los Angeles include Move, PCH, Impact, Pina Coladas, The Meadows, Fathers at a Game, One Slit Head, Body Found, and Murphy’s Xmas (adapted from The Murphy Stories by Mark Costello).  From 1995 to 2007, Trey served as the Literary Director for Moving Arts, curating and producing the theatre’s playreading series and aiding in the development of many new plays. He continues to champion the cause of new plays through his weekly playwriting workshop.  Trey is a member of SAG, AFTRA, The Dramatists Guild, and The Alliance of Los Angeles Playwrights.  He received a B.S. in Theatre from Northwestern University. WEBSITE