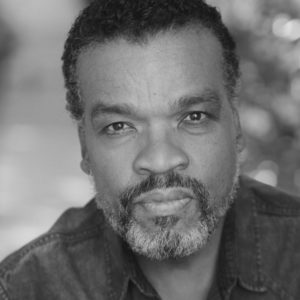 William L Warren, a native of Gary, Indiana is an actor and vocalist. He realized his love for Theatre and the performing arts at an early age after seeing the late William Marshall portray Othello on stage. William is honored to be a member of Moving Arts Theatre. He recently appeared as a principal in the Moving Arts series “Isolation Inn” where he originated the role of Jackson Baker. William has also worked with numerous theatres in Los Angeles, the virtual production of “The Soldier’s Tale” with the Los Angeles Chamber Orchestra and The Robey Theatre Company, “August Wilson’s Seven Guitars” at The Long Beach Playhouse, the critically acclaimed “The Little Foxes” at Antaeus Theatre, 2019 NAACP Theatre Award nominee “PERIPHERY” at The Hudson Theatre, “The Fertile River” at Baylor University and “IN RESPONSE” at Towne Street Theatre/ Stella Adler Theatre.