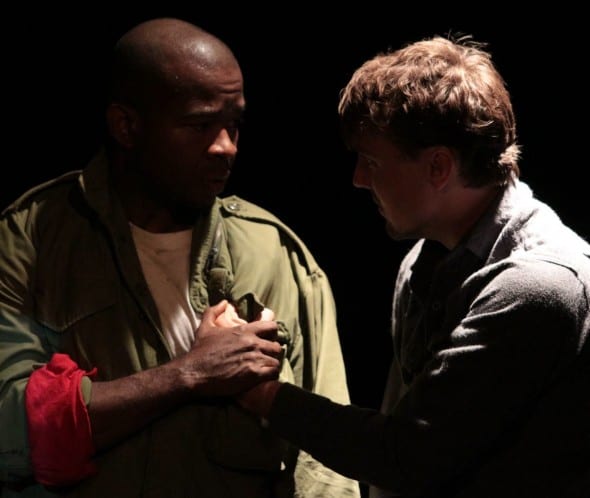 A BEST OF FRINGE extension winner! Get your tickets TODAY, Best of Fringe shows sell out fast!

Fantasy and reality collide with deadly force in this explosive play.  Moe and Eddie are buddies watching their sons playing football…or are they? Something strange is gurgling underneath this hilarious and harrowing portrait of the Americn Dream.  Be careful which side you root for.

Reservation phone number (Hollywood Fringe): 323-455-4585. Please note that all phone sales will incur a per-order $2.50 convenience charge on top of the service fee.