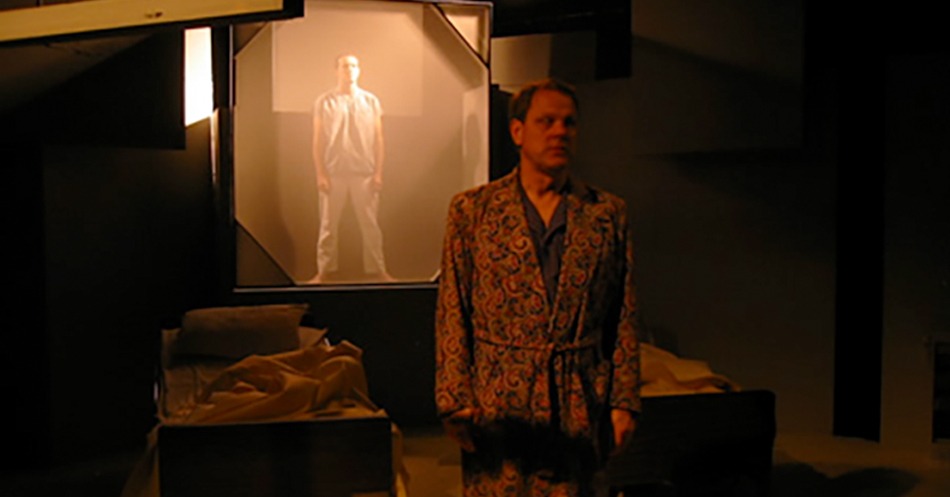 The Absence of Weather

In May 1949, James Forrestal, President Truman’s Secretary of Defense, attempts suicide and his wife commits him to the Bethesda Naval Hospital. The architect of cold-war paranoia fears that Russians have not only infiltrated the highest ranks of the U.S. government, but are hiding in the bushes outside his home. Forrestal confides in a fellow patient about his rise to power and the choices that he made to protect the country. But if a man makes choices he’s not proud of, even if it’s for the larger good, is that man still right? An American tragedy about the wages of fear.