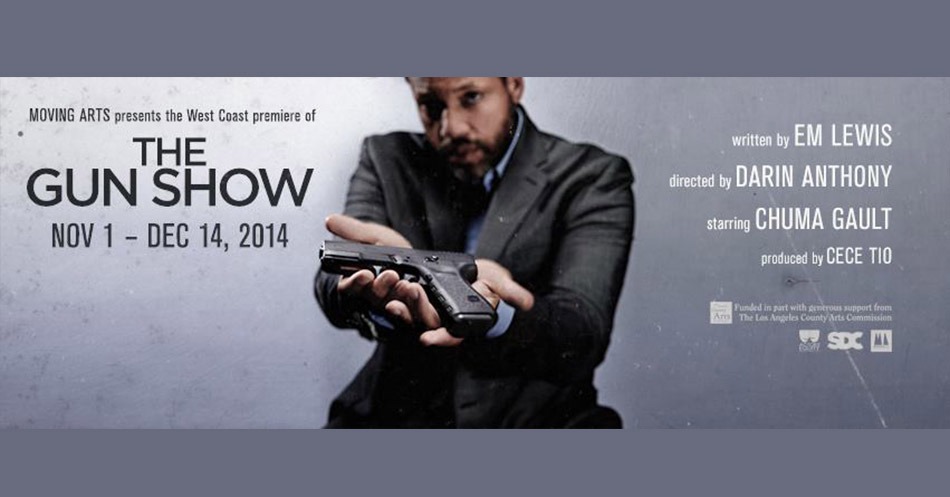 From a farming community in rural Oregon to the big cities of Los Angeles and New York, playwright EM Lewis takes aim at her own relationship with firearms in The Gun Show. Veteran performer Chuma Gault shares Ms. Lewis’s unique perspective and true stories about America’s most dangerous pastime as if they were his own, with brutal honesty and poignant humor. Leaning neither right nor left, “The Gun Show” jumps into the middle of the gun control debate, and asks “Can we have a conversation about this?”

Starring Chuma Gault as “The Playwright”