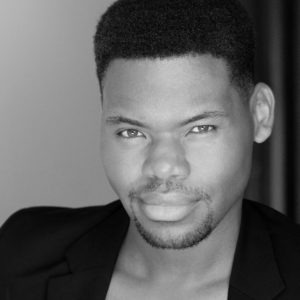 Devere Rogers is an actor, playwright, screenwriter, and director. Graduate of NYU Tisch School of the Arts with a BFA in Theatre. Has been involved in the development of Moving Arts MADLab plays Model Minority, Hammer, and Lions. Also, directed a workshop production of MADLab’s Hammer. As an actor, he has performed in plays, musicals, and workshops on Broadway, Off-Broadway, and regionally, as well as having roles on such TV shows like Grey’s Anatomy and Crazy Ex-Girlfriend. Most recently, he starred in a the NBC pilot Friends-In-Law and recurs on Will & Grace. As a writer, he wrote the critically acclaimed short film Ying & Yang  as well as having an Off-Broadway workshop production of his play Excuse Me Ladies and Gentlemen. He is currently writing and developing several projects for television.