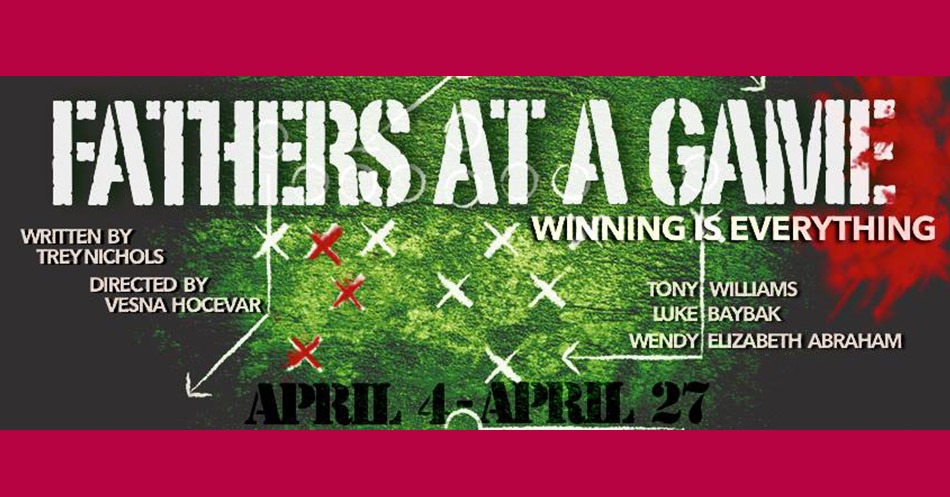 In Fathers at a Game fantasy and reality collide with deadly force. Moe and Eddie are two buddies watching their sons play football. Or are they? Something strange is gurgling underneath this portrait of the American Dream. War is hell and so is football…be careful which side you root for. The clock is ticking! Come root for the home team!